Southern Tuscany has an atmosphere of its own and also, the climate is more hot and dry. The landscape around Grosseto is fairly flat but further north towards the Sienna Province soft rolling hills prevail.

Along the coast, Mediterranean vegetation and wide sandy beaches create a unique and picturesque blend.

The area is dominated by the natural reserve of Maremma, which is today an Eldorado for nature- lovers with numerous opportunities for activities i.e. horseback-riding and walking. Until approximately 1950 the area was plagued by malaria mosquitoes but after a successful draining project the mosquitoes have disappeared and the region has become a tourist attraction.

In earlier days and until recently, the region has been scarcely inhabited, and this is the reason why the relatively few remains from the past are so well preserved - buildings have stayed unused instead of having been run down as elsewhere. It is also in this area you find the Tuscan Archipelago, a group of far flung islands including Elba, Giglio, Giannutri, Pianosa, Montecristo, and Capraia, each is less than ten miles from the neighbor. Among these islands, monks of the middle Ages left small quiet monasteries, Pisans left Romanesque churches and castles, and even the Spaniards left their mark. The well known Elba is the most interesting island. 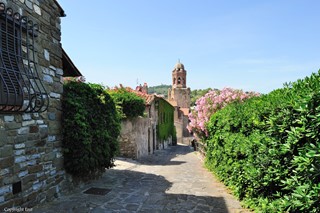 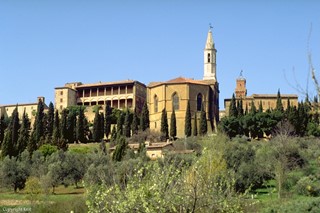 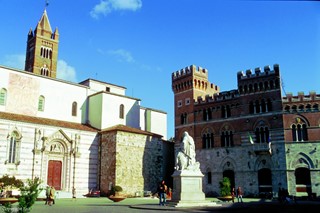